Can college students be allies and gentrifiers?

Can college students be allies and gentrifiers? 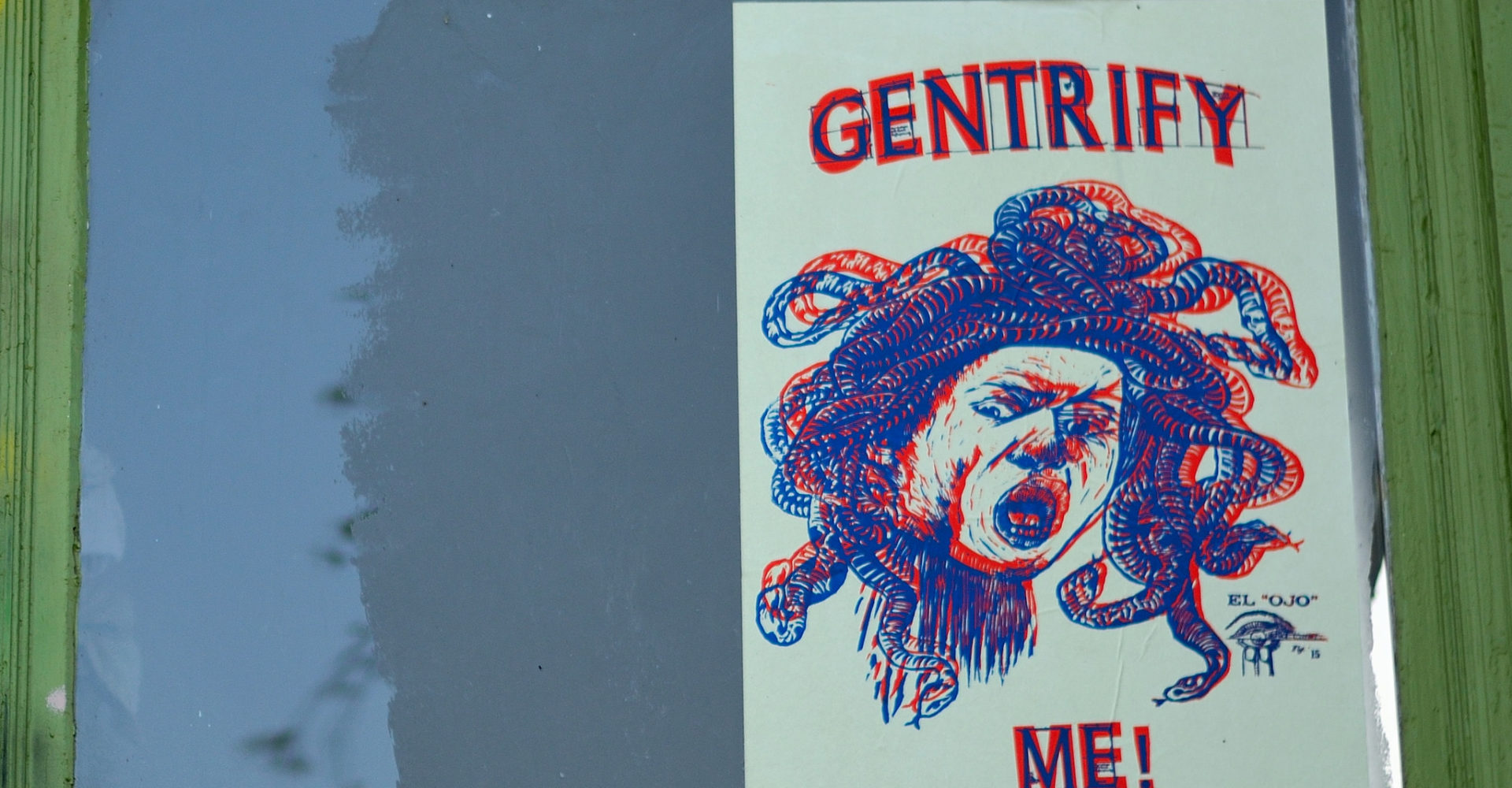 The Slow March of the Allies

About a month ago, we celebrated Labor Day. That other random Monday that we get off from work and school is when we are supposed to think about US service members and their steady allies. But allies today are not the same as those who marched through Europe in the 1930s and 1940s to stamp-out fascism (only to see it resurface in America circa 2016). Today’s notion of allies is vastly different–the millennial ally airs gripes about sexism in TV shows about fictional kingdoms, has engaged in damn-near Socratic debates on hues, and are generally disinvested and/or flaccid when it comes to concrete action to support vulnerable communities.

Somewhere in America, right now, there are a group of middle-aged and older men (and perhaps a woman or two, but probably not) huddled in an office, “working,” exchanging notes on a set of real estate comps. They’ve singled out one block, in one city, for a complete social, environmental and architectural revisioning. The area is just within the fading boundaries of a once-major metropoli, and harnesses what this firm will come to love to call a “rich history”–the former stomping grounds of some acclaimed musician or actor, the place where an NBA All-Star threw down his first dunk, the home of some manufacturing labor movement, the first this of that. The community is distinctly Black or Hispanic, as is the owner of the desired strip of land. The property values in the area are so very low, and he would like nothing better than to unload this property, which is three or four times below its adjusted value three decades ago. And who could blame him? Sensationalist news pieces about parcels of land like his suggest you can buy a foreclosed home in this ‘hood for the cost of an entry-level iPad.  This land is shrouded in blight–burned down or gutted homes, and patchy landscapes dotted with Corona bottles, cigarette packs, torn clothes, and empty McDonald’s bags.

Residents see Beamers perched on corners more frequently now, mostly recently with men in suits stepping out in ceremonial hard-hats and tapered blueprints. They don’t even bother getting the signs out or protesting. The White Walkers are here; and Winter Has Come. Soon, the shovels will hit the hallowed grounds; old will become new. Possibility that was never available to the residents will suddenly reign here. Democrats, Black and White, will support the re-development. Republicans will be indifferent as long as the revival funds don’t offset their pet projects.

Five years later, liquor stores and Cash Checking centers will have disappeared and slowly have been replaced by artisan bakeries and designer shirt boutiques. A one-bedroom apartment that went for $650 a month, now goes for $1400, inflation totally notwithstanding. The only difference is re-stained floors. While this transmogrification occurs, students at the nearby colleges will wait eagerly for vacancies to open up in this neighborhood; they will feverishly bookmark Craigslist ads; going there and typing in the new name of this neighborhood, because the old one shows no results. They will pore through the listings. They will see words like Hot, Trendy, Updated, New, Centrally-Located, Hip.

For college students who call themselves allies, living here will be a rite of passage, albeit an uncomfortable one. The prize will be the ability to say that you know the people here; that those who don’t live here “don’t understand,” but you do. Parents will ask why, and worry. The ghost of some old matriarch who lived proudly in a walk-up building’s 2nd floor unit may haunt the residents by un-recycling items from the green garbage bin into the general gunmetal garbage bin.

The Plight of the Gentrifier: Beacon Hill as a Case Study

There are a few vital questions that researchers seek to answer when mapping out trends in gentrification: 1) what factors or characteristics make an area ripe for gentrification; 2) who are the ‘gentrifiers’; and 3) what prevents communities which are theoretically ripe for gentrification from actually becoming gentrified? This last question is particularly alluring when you look at a city like Boston, which researcher Walter Firey put under a lens way back in 1945, exploring relationships between urban preservation and “sentiment.” Firey centers his argument around one of Boston’s most storied and well-to-do neighborhoods, Beacon Hill.  Beacon Hill has housed some of America’s literary heavyweights, including Sylvia Plath, Robert Frost, and Louisa May Alcott, while resisting identity changes-and gentrification efforts-in part due to the blinding sentiment which generations of residents there have associated with the neighborhood.

According to Firey, ‘prime’ neighborhoods that withstand gentrification, or really any sort of level of cosmetic or functional change, are retentive, attractive, and resistive. In the case of Beacon Hill, the neighborhood was able to thwart the kind of changes, such as corporate development and apartment housing, that consumed its neighboring communities, through an ongoing culturally-cultivated sentiment, a sense of belonging and needing to preserve the history and tradition of the area. That tradition was, and remains, one of lofty New England mansions, restricted boundaries, and Whiteness. Beacon Hill today is over 85% White; many, perhaps even most, of these individuals are descendants of individuals who directly or indirectly resisted the kind of changes that ‘plagued’ North End–the infusion of European immigrants. The allure of social and financial benefits reaped from integrating immigrants and supporting prospective mixed-use development did not prove to be enough in Beacon Hill, a baffling finding for economists consumed with the idea that capitalism can penetrate any market. It is worth noting that Firey’s study was done back in the 1940’s, but Beacon Hill has clutched much of its character up through the present.

This poster is 0% Black. pic.twitter.com/zsro697ZYN

How do communities like the not-so-hypothetical one that I cited earlier become resistant to gentrification and changes? And how do they do that when we have come to view development as, generally, a good thing, except when it leads to displacement. This mentality holds in political circles as well; to wit, not many, on the left or right, consider infrastructure bills to be inherently bad or even politically dangerous to support. Though there are instances otherwise, communities such as the one cited do not often resist, or not for long, economic development opportunities out of a sense of nostalgia; here, even sentiment is a luxury.

Allies have a role to play here in supporting, not initiating, development, but the right kind: the kind that does not replace and supplant native peoples and historic monuments for niche shops. Most cities that are primed for gentrification experienced rapid ecological degradation, often at the hands of big (and even small) housing bubbles and social turmoil (e.g., the late 1960s riots in Detroit and Chicago). Reasonable opportunities for sentiment simply haven’t manifested. And so many of the factors that helped Beacon Hill retain its history, demographics and economic security do not exist in down-trodden communities. Preservation of what does work in a to-be-gentrified community is essential. You can be an ally and a gentrifier–but only in that order.