How Do We Stay Safe When Chaos..

Celebrating ‘Graduation’ and ‘Man on the Moon,’ 10 and 8 Years Later 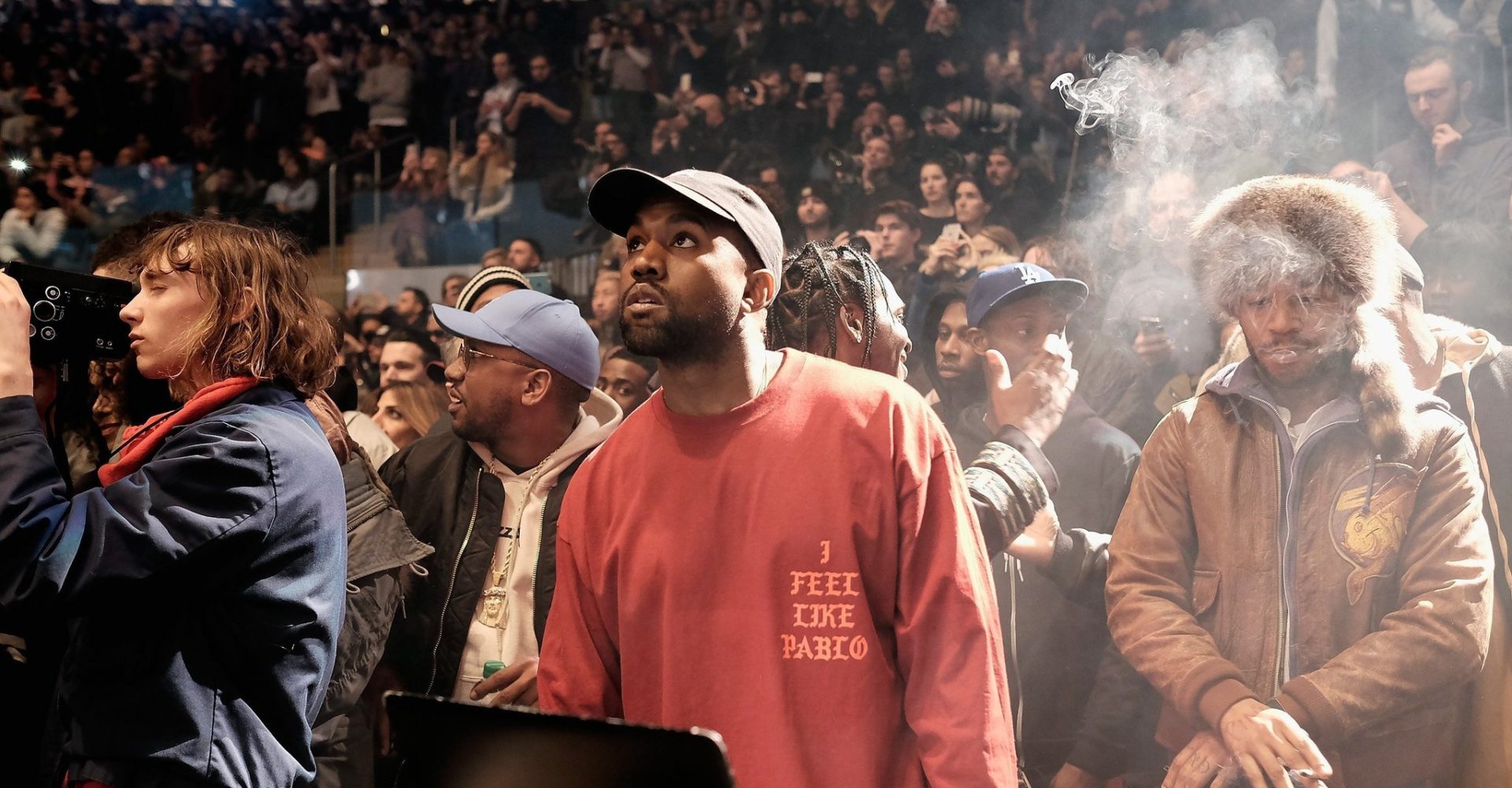 On September 11, 2007, Kanye West released his third studio album Graduation; the now decade-old, Grammy-award winning album was, at the time, Kanye’s proclamation of his own superstar status. In an elaborate marketing and publicity stunt, West and 50 Cent publicly battled for who would sell the most albums, with 50 Cent’s Curtis releasing the same day, and Kanye won big time. West sold 1,000,000 copies of Graduation in the first week and almost 3,000,000 total, but more important than sales, Graduation has served as a guide and inspiration for artists then and today, one of which being Kid Cudi.

Kid Cudi began his rise to stardom when he met Kanye West at a fashion retailer where he was working after he left an anti-theft device on a jacket West was buying. Cudi chased after Kanye to let him know of his mistake, and soon after, Kanye was chasing after Cudi after he dropped his acclaimed mixtape A Kid Named Cudi. The tape included production from Plain Pat, Kanye West’s then-manager; Plain Pat introduced Kanye to the mixtape, to which West signed Cudi to his GOOD Music label. Cudi then provided production and vocals to West’s 808s & Heartbreak album, and the influence Kanye took from Kid Cudi was obvious; the brooding, emotional, introspective sound West exhibited differed from the braggadocious Graduation, in large part due to the recent loss of his mother. Almost a year later, Kid Cudi released his debut album, Man on the Moon: The End of Day on September 15, 2009, 8 years ago this month. 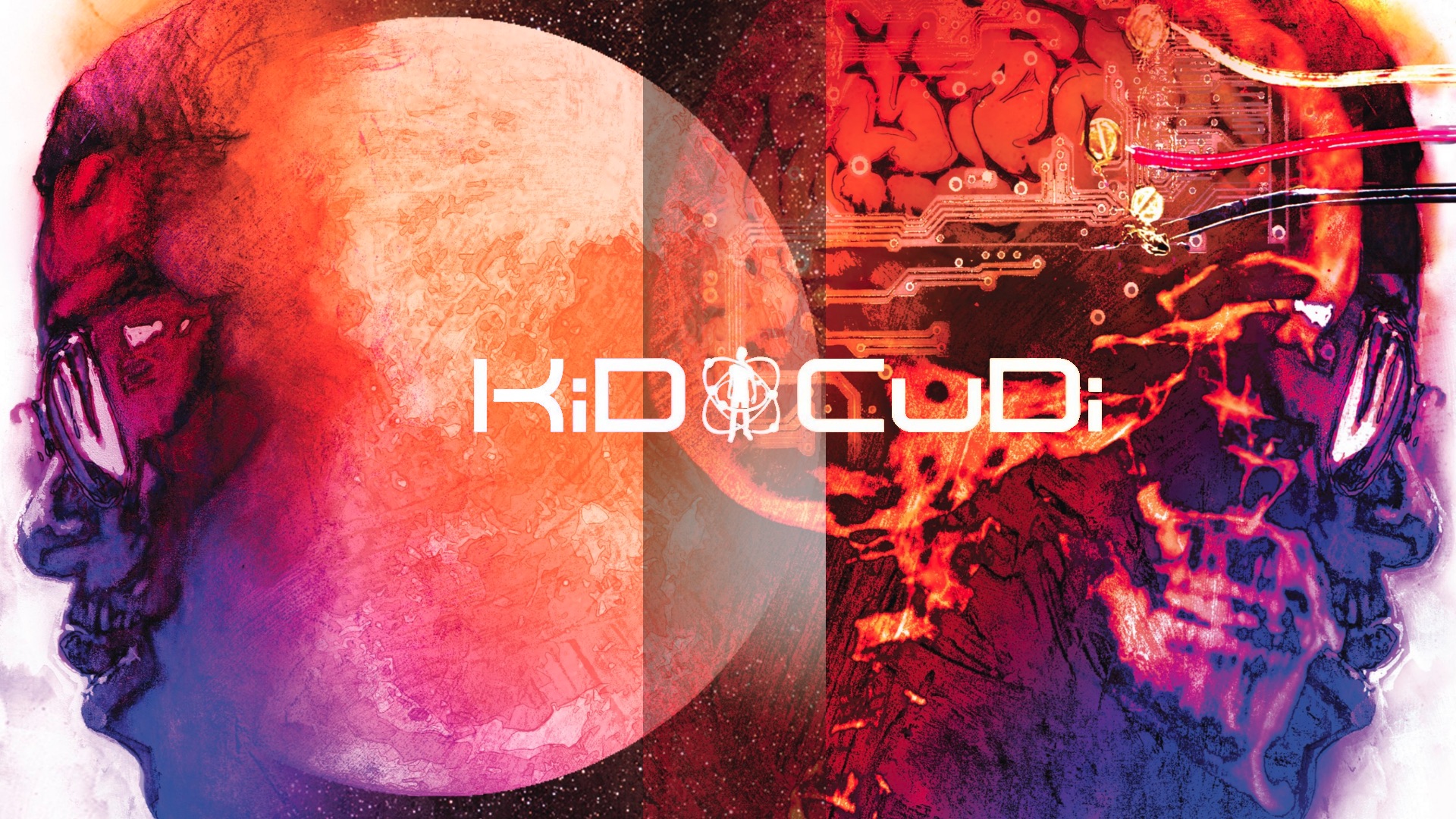 On Graduation, Kanye explored new territory from his previous two albums sonically and lyrically. As boastful as he is earnest, West took an electronic approach while reminiscing of 80s rock and roll, using samples from Daft Punk, Michael Jackson, Steely Dan, Elton John, and more, as well as taking influence from U2 on their 2006 world stadium tour for which he opened. In an interview with Concrete Loop in 2007, speaking of the album’s inspirations, he said,

Musically? The Thom Yorke album. Thom Yorke is the lead singer of Radiohead. Eraser [name of the album] there was a track on there that Lupe [Fiasco] put me on to. I listened to the whole album and the vibe and the type of instruments he was using just took me into a certain zone… And then I went back to songs like “Champion” and “Good Life” and put these type of chords on them that sounded similar to the type of sense that I put on “Stronger”. That’s why “Flashing Lights”, “Champion” all of them have that certain synthesizer, a real 80s synthesizer type of sound. But I mixed It with my original sample sound, so it didn’t get too far from what people knew me for, but like created a new form of music in rap…

This type of record I think connects with people more. A lot of the time, I hear records that are super hot for two months, but the records won’t last in people’s minds. I set out not to just make records that could hop off the radio instantly, but stuff that will speak to people. People still bring up “Spaceships” to me. And people compare “Can’t Tell Me Nothing” to “Spaceships” saying that’s a song that inspires them when they going to work. But the chords itself, is like a Led Zeppelin, rock melody.”

Reviews for the album proved as prophetic as Kanye himself; Pitchfork Magazine claimed, “For all the pageantry, the most substantial takeaway from Kanye’s new album is the realization that he might actually deserve the legendary status he constantly ascribes to himself.”

Two years later, Kid Cudi unveiled Man on the Moon: The End of Day to the world. A concept album executive produced by Kanye West, Man on the Moon follows the story of Scott (Kid Cudi) as he travels the universe that is his mind, with narration from the longtime Kanye-collaborator and GOOD Music artist Common. In an interview with BlackBook Magazine in 2009, Cudi said,

“I’ve got this whole “man on the moon” theme and it’s definitely metaphorical…I feel like I’m in a place all by myself. When I’m thinking a lot or even just moving around day to day, I feel a sense of isolation within myself. I feel like I’ve built barriers in order to stay sane. I’ve always felt like that; when I was younger, I had to entertain myself a lot because my siblings were older. I’ve always been a by-myself type of dude, so even when there are people around, I just feel like I’m solo dolo.”

With self-introspection and tapping into negative emotions as major themes through the album, Kid Cudi showed early on that he was different than other artists. Cudi would go on to serve as a musical role model for a generation of kids struggling with anxiety and depression, as noted by people like SNL star Pete Davidson, who in the interview with The Breakfast Club below says, “He saved my life. I would’ve killed myself if I didn’t have Kid Cudi. If you’re 25 and under, I truly believe Kid Cudi saved your life…I truly believe if ‘Man on the Moon’ didn’t come out, I wouldn’t be here.” Current chart-topper and trend setter Travis Scott cried when he met Kid Cudi, his idol, for the first time, and told MTV “There would be no Travis Scott if it wasn’t for him [Cudi].” In 2016, Kanye would call Kid Cudi “the most influential artist of the past 10 years” onstage during his Saint Pablo tour.

Eight years since the release Man on the Moon, Kid Cudi is embarking on his “Passion, Pain & Demon Slayin’” tour in support of last year’s album of the same name. 10 years after Graduation, Kanye West is, still, Kanye West. These two albums in particular show a difference between the artists, one of cockiness and one of contemplation, but both show heroism in their respective lights. It’s Kanye’s self-conviction that Kid Cudi seeks, and it’s Cudi’s emotional grasp of the world that allows Kanye to make his next album 808s and Heartbreak. They give and take inspiration, and for two artists who each carry a power greater than themselves, that’s big.

And though these two albums do differ in attitude, sonically they share many similarities in that they both experiment with electronic sounds new to the genre at the time, and in the long run, would bend the idea of “genre” itself. Kanye West and Kid Cudi are both legends in their own right and together they have helped create a music landscape that is dominant today. It couldn’t have been done with them.

Enjoy this playlist I created, which includes all collaborative songs between Kanye West, Kid Cudi, and Travis Scott through their careers.