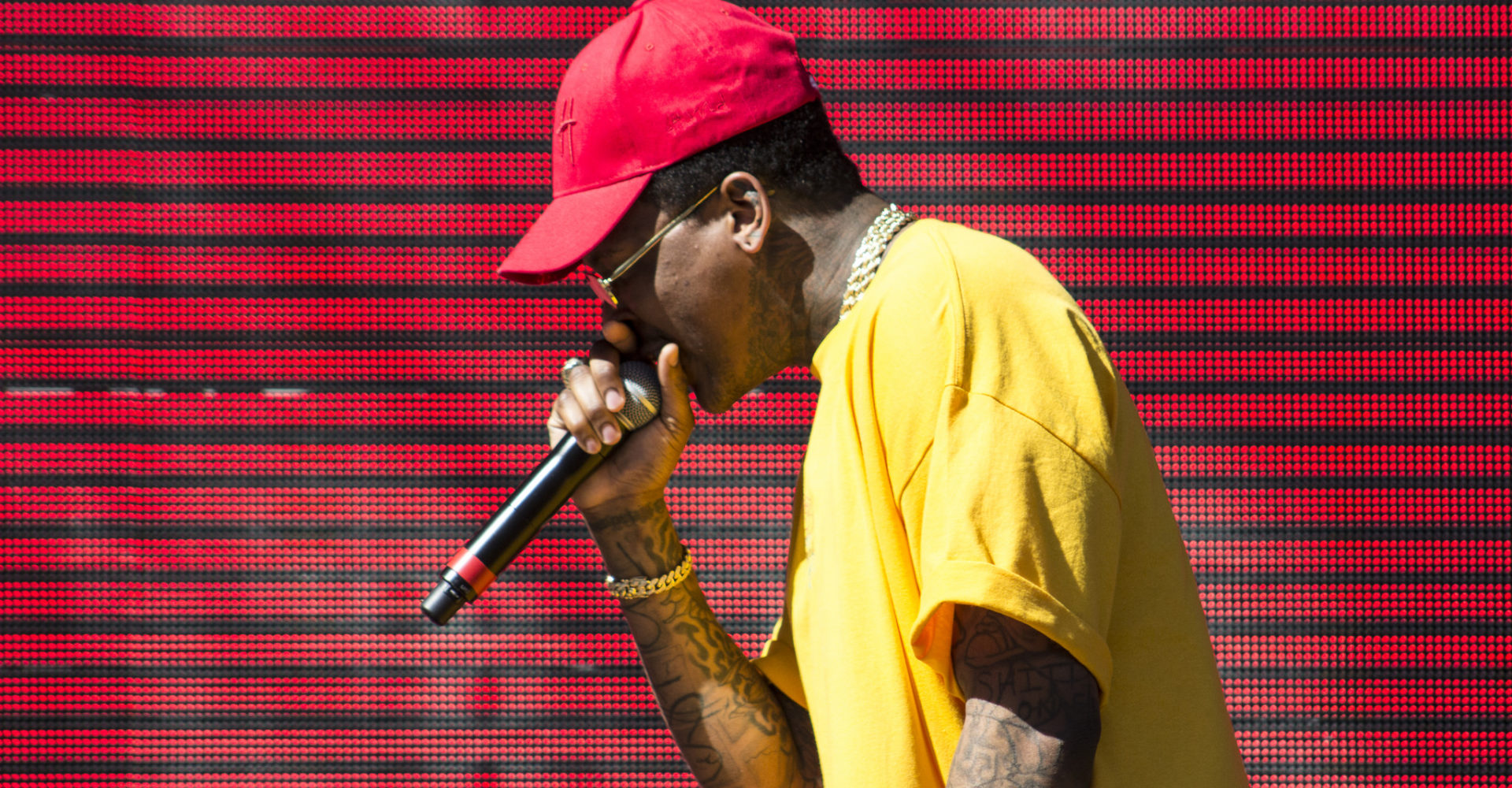 On Wednesday, August 30, Kendrick Lamar brought his DAMN tour to Nashville, TN at the Bridgestone Arena. The show followed the plot of a kung fu movie with Kendrick (or Kung Fu Kenny) playing the protagonist, and with multiple ninjas throughout the show battling Kendrick as he fought back with raps, the show was nothing less of remarkable. Accompanying Kendrick Lamar were DRAM, who melodically opened the show with a live band, and YG, the brash west coast rapper who performed as the middle act. YG brought strippers, walked through the crowd meeting the concert attendees mid-show, and provided a powerful sound that welcomed Kendrick’s electric performance. But the most intriguing part of YG’s act was one of his and history’s most political songs, “FDT” (Fuck Donald Trump).

The song began with a Donald Trump impersonator gracing the stage, receiving boos galore. The Trump look-alike ranted similarly to the president’s daily tweets and rambling press appearances, and at one point said “Don’t listen to the fake news. This crowd is almost as big as the Nazi party I just came from.” After lambasting Mexicans and homosexuals, the fake Donald Trump was run off the stage by YG and his crew who yelled the first lines to the song, “Fuck Donald Trump!” Red, white and blue lights shone through the arena as the crowd sang along to the hook.

20,000 people filled Bridgestone Arena to its max capacity that day, but what was perplexing about YG’s performance was the setting. Though loyal DRAM, YG, and Kendrick Lamar fans filled the largely anti-Trump crowd, Tennessee is a state that largely voted for Trump in the 2016 election. 61% of the vote was taken by the current president, with every county except three (one of the three being Davidson County, which houses Nashville) voting red. Tennessee provided 11 electoral votes to Trump’s win.

Artists like YG have let their thoughts about the political and social arena be known throughout their careers, and maybe that is because their profession encourages it. Artists represent people in a way that politicians can’t, because for politicians, their messages are clouded with their own political agendas and the need to keep a “professional” image (though, ironically, it is this ideology that helped Trump, the non-politician, win the highest political seat). For example, Tennessee has been in the news recently due to one of our senator’s public disdain for the president. Though he did educate Trump on foreign policy as a current chairman of the Senate Foreign Relations Committee, open him at a rally, and was at one point considered as a choice for Vice President or Secretary of State, Senator Bob Corker spoke recently to the Chattanooga Times Free Press saying,

Corker’s statement followed the tragedy at Charlottesville, which he also said Donald Trump hasn’t addressed properly. The president reacted with a tweet admonishing the senator.

Strange statement by Bob Corker considering that he is constantly asking me whether or not he should run again in ’18. Tennessee not happy!

With this in mind, watching YG perform “FDT” in front of the Tennessee crowd was interesting. With a state senator and a rapper in the same group that is Trump’s enemies, it was fascinating seeing how both a prominent political figure and a popular musical artist could speak the same message in different contexts; the senator’s, a more lighthearted scorn considering he did originally back the current president, and the rapper’s, an assertive statement against everything Trump has said and done. What it all made me think was how an artistic message can be a more powerful one than a political one; YG is allowed to say more as an artist than Corker is as a politician, and maybe that’s why thousands more people show up to see the artist perform than attend a conference where the politician speaks. And even in a state where Trump holds the citizens’ trust, there are plenty of people who pay money to view art in defiance.

As I said in a previous piece, sometimes artists hold more power with their messages than politicians do. Even if it is the politicians who make the rules, it is artists who hold the people’s eyes and ears daily, and it is their messages that are reaching the masses. YG came to Nashville from Compton, California and had people here screaming his lyrics, because a sentiment as strong as “Fuck Donald Trump” is something only an artist could say, but be felt by people everywhere.