SUNY refuses to comply with Cu.. 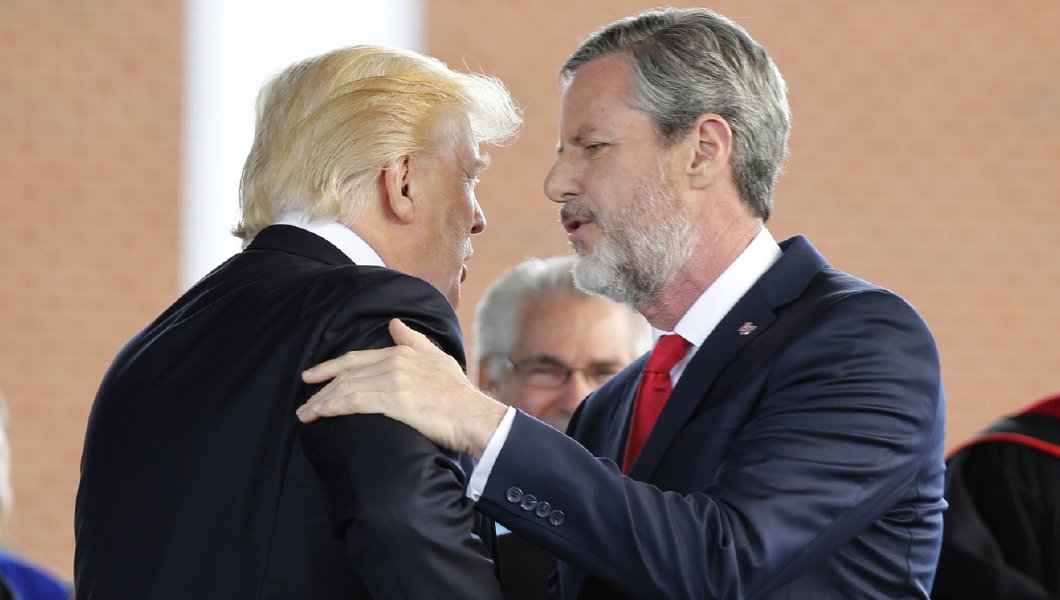 The morning after Donald Trump claimed “both sides” were at fault for the violence at the white nationalist rally in Charlottesville, VA, Liberty University President Jerry Falwell Jr. tweeted his praise for Trump’s response. As a protest, several Liberty alumni have come together to mail their diplomas back to Mr. Falwell’s desk.

In a private Facebook group alumni gathered to plan their protest, and an estimated 50 people will be returning their diplomas. The New York Times reports that the Facebook group’s description says, “As alums, we have the power to say something…Our voices carry weight for the school, for its donors, for its board, staff and students. Our public demonstration of revoking all ties, all support present and future, and urging the Board of Trustees to remove Falwell from the administration of L.U. will send a message to the school that could jeopardize future enrollment, finances and funding.”

On Monday, Jerry Falwell Jr. visited Fox and Friends to verify his support for Trump’s comments once more. He did note that Trump called out the Neo-Nazis and white supremacists by name and said “I’m glad we finally have a leader who calls evil what it is.” This doesn’t quell the fact that Trump made those comments after his initial “both sides” response, nor does it appease some Liberty alumni’s feelings about Falwell’s tweet that backed Trump’s initial response, not his subsequent comments.

“Liberty University strongly supports our students’ rights to express their own political opinions, including any opposition they have to their school leader’s relationship with this president of the US, just as other students may have opposed leadership of liberal institutions supporting previous presidents. The tactic of returning diplomas has been used by students of many other schools to draw attention to various causes,” the statement added, “but let’s also remember that those same diplomas are quite helpful in helping these graduates secure well-paying jobs.”

The diplomas are hoped to be received by the office of Jerry Falwell Jr. by September 5. Though Liberty University enrolls over 100,000 students in person and online, the gesture of returning a diploma is a strong one, and such a gesture is already being picked up by major media outlets. Hopefully Falwell gets the message.