We Aren't Getting Any Smarter

Our hearts go out to Miami and the students and families affected by the tragic bridge collapse. The following article was written prior to the collapse. We’ve chosen to publish this article today, as one of our writer’s is a FIU student, and we wish to give her a platform talking about her experiences, positive and negative.  Thank you for supporting our writers at High Faluter!

Hey, I’m Janel. I’m a senior at Florida International University in Miami. I’ve written a bit about my experiences so far, trying to figure out how to go out in a city that is not a college-town, by any means. I’ve decided to compile a few of my experiences in a series about navigating Miami as a college kid with limited time and money.

Miami’s notorious night-life scene was designed for ballers, spontaneous spenders and tourists. My friends and I fit none of those descriptions; and have established a solid plan for nights out. So for all of you struggling out there in Miami or any city really, here are my tips for going out on a budget.

Agree on a Place

First, you have to agree on where you want to go. A lot of places have a cover charge, which is usually a turnoff to students, and big groups. My friends and I typically end up at a place called Blackbird Ordinary. There is no cover charge and it has a bar, yet club feel. There are options for people who want to hang by the bar, or dance by the DJ. 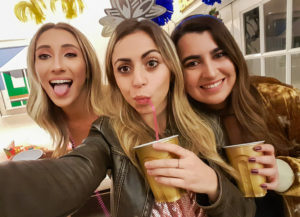 The pre-game is an essential part of a night out for many reasons. One, it gives all the party people a chance to meet before heading off into the wild. Two, and most importantly, it saves everyone money, by drinking at home. In Miami, club drinks are often over $10 (most students’ hourly wage). I once paid $18 for a vodka soda that came in a small plastic cup. I will never make that mistake again! My friends and I have an unspoken rule that you bring what you want to drink to the pre-game. Everyone is happy and you’re not spending an absurd amount of money. Once the meetup spot is set, we all trickle in throughout the night, catch up and make up pointless reasons to take shots. Remember you don’t want to be paying for drinks while you’re out so whatever you drink at the pre-game is supposed to last you the whole night. Now in Miami, people go out very late. The earliest we leave the pre-game is at midnight. If you go to any club before that, it will be dead. We operate on Miami-time. 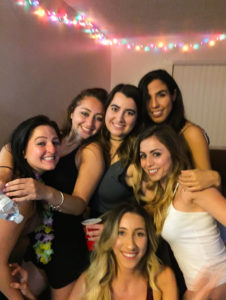 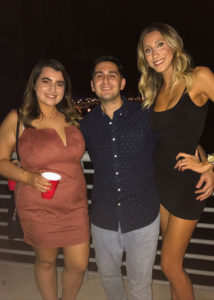 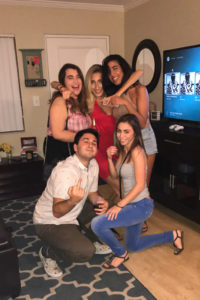 Once midnight comes around and everyone has a buzz, it’s time to round up the troops to get an Uber. This part we have not yet mastered. Even though we all live in Miami, we’re still a 20-minute drive from the club scene and with Uber surges the ride ends up being around $30. To reiterate, we’re all broke college students trying to ball on a budget. When it comes to splitting an Uber with 10 people, shit gets messy. Those who don’t pay for the ride to the club, promise to pay for the ride back. We all know how that goes…the false promises of a slightly buzzed of a broke college student are not malicious, but can be effin annoying when you’re the one stuck with the bill.

PRO TIP* Ride in an Uber with the people you’re most likely going to be riding back with. That way you can all the split the cost fairly.

The ride to the club is always when the night evolves. We go from being a civilized, friendly group to becoming rowdy and obnoxious. I don’t know if that’s when the alcohol hits us or how late it is in the night, but we frankly become annoying. It’s definitely the alcohol. There’s always the designated DJ of the group who plays all the hits and has everyone singing and dancing. One of us is always trying to become best friends with the Uber driver who looks like they’re counting the seconds until we get out of the car. By the time we get to the club, we’re all hyped and ready for a good time.

All of this has happened and the night is just beginning. Wait until next week when I dive into all the antics that arise once we’ve entered the club.