You Don't Have to Hear Both Si.. 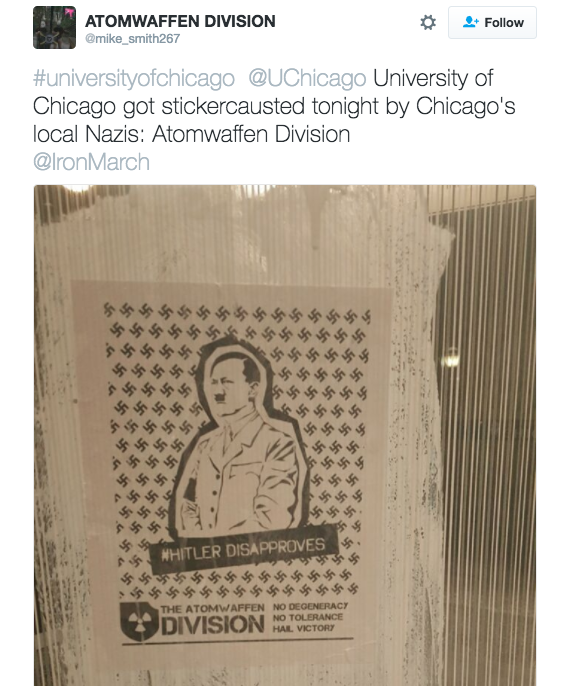 Earlier this week Nazi Imagery was found on the University of Chicago campus, adding it to the growing list of school campuses afflicted with Anti Semitic graffiti and hate speech.

December 8th marks one month since Mr. Trump clutched the title of President-Elect, and since then, there have been swastikas scrawled on walls in Upstate New York, University of Chicago, Philadelphia and possibly others, not reported. There’s also been an increase in racist and Islamophobic hate speech and demonstrations at elementary, middle and high schools all over America. And this isn’t even everything — there’s too much to even list. The sad thing is, that this is just the beginning. 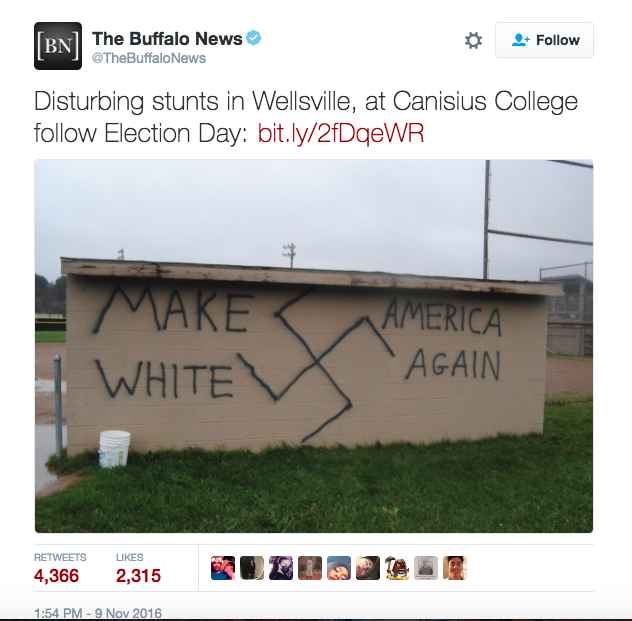 So what does all this mean? Why has there been such an influx of reported hate speech and vandalism in just one month since election day? Well, one explanation is that this is all an overreaction of the media, and that there has always been this type of extremism in our country.

While there is some truth to this argument — there has always been this type of hate and extremism in our country and the media has been reporting it— that does not account for why all of this has happened in such a short a small amount of time, right after the country or electoral college (whichever way you want to look at it) elected a man, who has the support of all groups participating in this type of hate and vandalism.

And sure, not all people that voted for Trump are racists, bigots, islamophobes, anti-semites and so on…but they are surely people who have the privilege, or worse, don’t understand the implications of electing a man who rallied around these hateful groups; never sincerely condemning them until his b.s. 60 minutes appearance where he responds to recent racist and hate speech reports with:

Wow, you’ll really say ‘stop it’ to the camera? Thank you, Mr. Trump. So big of you.

For Further Reading. Here is the university-wide email from University of Chicago’s Provost from the Dec. 6th vandalism:

Yesterday posters with disturbing Nazi imagery were found and immediately removed from multiple buildings on our campus. The University is investigating these unauthorized postings, which reflect attitudes that fundamentally contradict the University’s commitment to fostering a welcoming campus for individuals of diverse backgrounds.

This is not the first time our campus has experienced such incidents from outside groups seeking publicity for their cause. In October, an outside group posted material that targeted and defamed individuals on our campus. We will continue to be vigilant against such incidents and address them when they occur, as the law and University policies permit. The University strongly supports our community members, and we stand together for a campus where people of all backgrounds can participate and contribute in an inclusive environment.