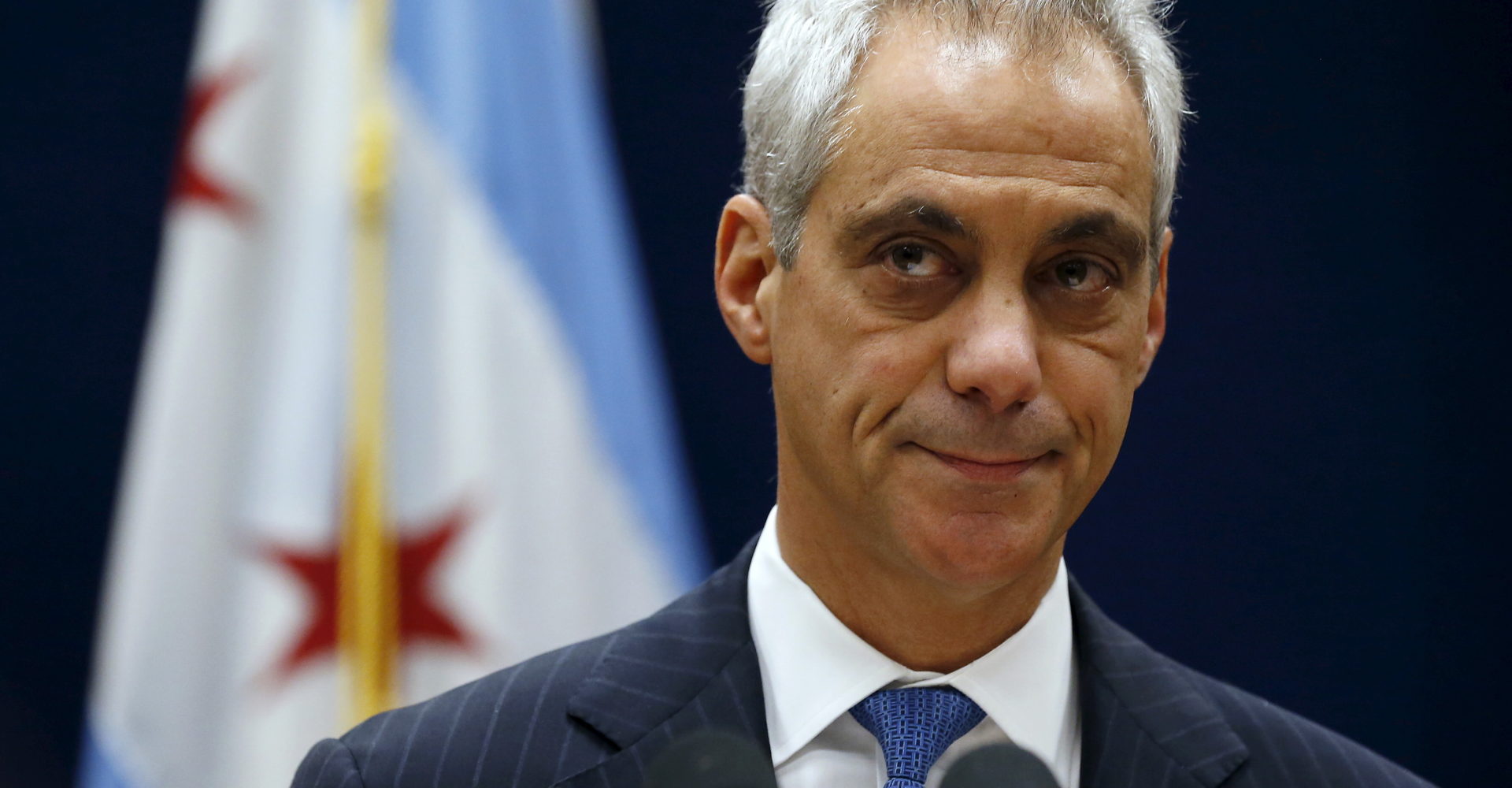 Silly Rham, tricks are for magicians. Leave it to the experts and let young adults live.

During recent years, Chicago’s education sector has been hit high and low. Not only were 49 elementary schools closed in low-income, minority neighborhoods, but scandals involving the chief executive of CPS also presented themselves. In the mix of all these events, Most recently, there have also been threats of teachers striking, this being the second time a situation of this sorts has occurred in the past four years. The cherry on top would definitely have to be the recent budget crisis that threatened to close schools on June 1st. With all these problems piling on, it seems reasonable to put emphasis on the importance of education. That is what I believe Rahm Emanuel’s new high school proposal hoped to achieve.

During recent years, Chicago’s education sector has been hit high and low. Not only were 49 elementary schools closed in low-income, minority neighborhoods, but scandals involving the chief executive of CPS also presented themselves.

New proposal? What could it be?

Emanuel’s new plan looks to add a new requirement to the already long list of graduation requisites. In order to graduate from high school, the student must present proof: acceptance into a college/university, having enlisted in the military, or having  enrolled in a “gap-year”/trade program. Other exceptions also include having a letter from your site of employment, if applicable or a job offer. The goal of this plan, which will begin in 2020, aims to get young adults thinking about life beyond graduation.

Although the proposed goals includes increasing the number of HS graduates from CPS with post-grad plans, there is also drawbacks. There are many unanswered questions, crucial for full consideration in my opinion. Some important questions to ask and that deserve answers:

Due to many unresolved questions within Emmanuel’s plan, many state officials have been left unsure of the plan’s proposed success. The amount of guidance (or lack there of) counselors present within the high schools may prove to challenge the already controversial plan. Many schools don’t offer students a guidance counselor. Often times, the amount of students assigned to specific counselors make it difficult to get enough or, frankly, any help at all. School size is specifically important and proven as an issue with work-loads counselors have. Large class sizes and students assigned to counselors may hinder their abilities to serve all students equally; only adding problems of adversities to these students’ lives.

It’s also important to note that by default, most students can be accepted and enrolled in the city colleges of Chicago. However, due to limited funds towards higher education, similar problems with budgets, spaces available, and not to mention scholarship and grant money, quickly become an issue. In addition, the act of applying and being accepted into a college, doesn’t guarantee a student’s enrollment. Students may withdraw or drop out once they receive the diploma due to personal circumstances or inability to pay.

And the Drawbacks continue

Apart from inability to pay for an education, there may be lack of support. During my time in high school, I often worked with my advisor. He told me of cases where parents didn’t see the need for a college education. For instance, I remember he spoke of one student’s parent ripping up her college acceptance letter, throwing it in the trash and telling her that wasn’t even a school she could consider. Moreover, lack of knowledge of the college application process, grant/scholarship applications and searching for the right college, make the task of providing proof more difficult.

Another excellent point is the idea that not all students continue into college. What happens to them? Do these students get their diploma or not? Is this a bigger issue in the making?

As the mayor has stated, time and time again when discussing his plan he is looking out for the 40% with no post secondary plans. Simply put, he is not doing students any favors.

Not only has Illinois’ education budget been under fire, but with continued cuts on social programs in addition to education, Emmanuel is creating zero opportunity for these young adults. With this plan, he is potentially withholding a student’s hard earned diploma. This without realizing high school graduation is in itself an accomplishment for some families.

As the mayor has stated, time and time again when discussing his plan he is looking out for the 40% with no post secondary plans. Simply put, he is not doing students any favors.

Benefit of the doubt?

His reasoning and sentiment behind this plan just don’t add up. Although he speaks of creating opportunities, he instead withholds them by reducing education budgets and cutting social programs. Thus proving he’s a classist, ignorant man whose best interest aren’t those of the low-income minorities within the city.

By adding this new requirement the mayor is proposing that all students, from the north, south, east and west side have equal opportunities, resources and an equal education, which isn’t the case. By trying to bandage a  severe problem faced in the city, one  of unequal opportunity, the city only creates more negative outcomes for the unresolved future of many young adults.

Mayor Emanuel, please get your shit together, the students of CPS deserve way better.

(Photo of Rahm Emanuel. Courtesy of City of Chicago.)