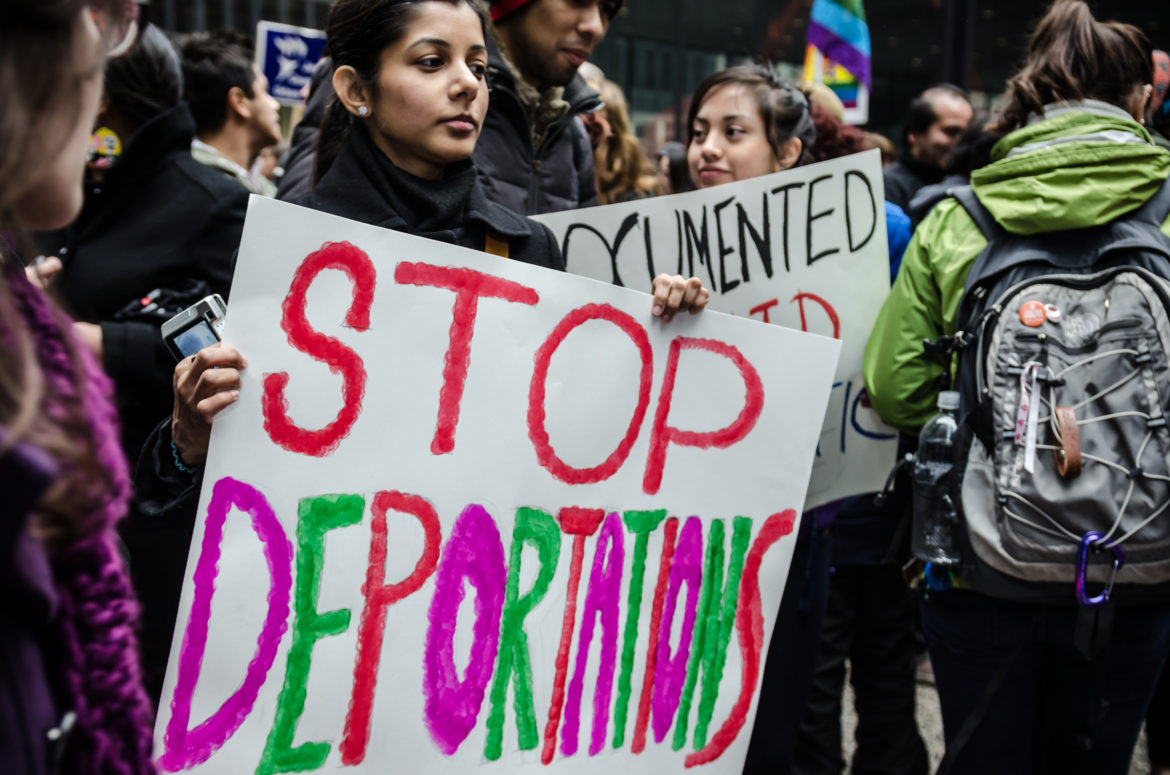 In the aftermath of President-elect Donald Trump’s victory, several universities across the country quickly made strides to protect undocumented students and call themselves “sanctuary universities.” (ABC) What this term means is that the schools do not have to comply with federal legislations to deport undocumented students, also known as DREAMers. One of Trump’s most vocal plans, as president of the United States, was to deport a vast majority of undocumented people of Mexican origin. Advocate groups in California, Texas, Minnesota, Georgia, and Illinois are determined to get both state and private universities to safeguard DREAMers. Furthermore, New Mexico’s universities are the most prominent institutions of this movement, as there is a huge Latino community in the state. Those universities immediately draft proposals to defend the DREAMers’ rights as university students, as they pursue their degrees in hopes of attaining the American dream. Even Trump’s alma mater, University of Pennsylvania, proclaimed itself as a sanctuary school by preventing Immigration and Custom Enforcement or similar organizations to investigate the school for undocumented students without a warrant.

The universities’ actions to help DREAMers are commendable. However, there is still a heated debate in whether to grant undocumented students full rights as university students, in comparison to students with U.S. citizenship. For instance, there is a dispute in which undocumented students get in-state tuition, as opposed to getting out-of-state tuition because they live in the state with illegal statuses. According to the Center for American Progress, it is better to have undocumented students in college paying in-state tuition because it gives them relief from heavy financial and legal stresses. Under the Deferred Action for Childhood Arrivals (DACA) Program established by the Obama administration, undocumented students are granted provisional remission from deportation and continual two-year work visas. Also, the program assists students with landing jobs and internships, and it has proven to be successful. The program allows the DREAMers more time to obtain U.S. citizenship.

Opponents of the DREAMers said that it is an unfair advantage to have those types of programs for undocumented students. According to the National Conference of State Legislators, the DREAMers utilizing DACA programs can snatch away college enrollment spots from eligible citizens and legal immigrants. Thus, it endorses the undocumented immigrants to break the law, including Section 401 of the Personal Responsibility and Work Opportunity Reconciliation Act of 1996. Opponents claimed that supporting DREAMers in post-secondary education could waste a great amount of tax dollars, for they might have the possibility of not being employed by graduation while still being illegal immigrants.

The former argument has a more sound approach to the sanctuary university situation. The DREAMers have the opportunity to foster their post-secondary education and use those skills learned in classes and extracurricular activities to further improve communities in America. It would only take a college career and two years of work experience to obtain citizenship to the United States for the DREAMers. This country is composed of immigrants, and with an outpour of ideas from people of different backgrounds, the United States would be a more diverse, well-rounded, and influential nation. So, it will be beneficial to give the DREAMers a chance to diligently fulfill their American Dreams.