College Students Are Going To .. 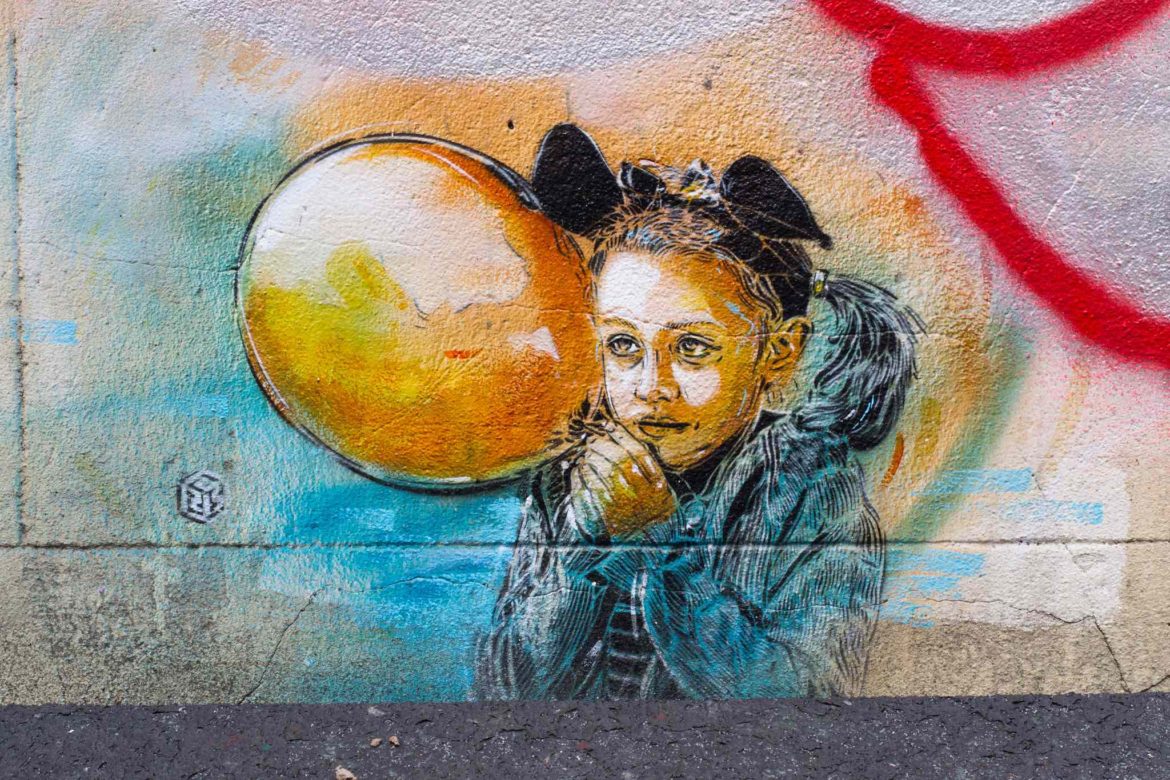 Can you imagine investing in yourself educationally, putting in the hard work, long years, sweat and tears, all to receive that degree that will open endless doors at achieving that “American Dream”?

Many people have done it.

But to save you some money, stress, and anxiety, allow me to give you a cheat sheet. Answer these three questions and you will know if you have what it takes to be successful (or even admitted) in higher education:

Are you rich? Are you white? Are you male?

Just one answer of “No” and your chances at landing your dream job, or fulfilling your life’s purpose are in jeopardy.

The question is why?

To the contrary of how it should be, there’s been many issues and debates over a plethora of topics in education. However, I will just focus on one criteria that often times makes or breaks college applications.

Standardized testing, namely the SAT, ACT and GRE, have faced controversial scrutiny over several years. The biggest argument is that it’s created a noticeable gap in test scores among differing demographics.

This is why you were asked if you fit into any of those questions above. It doesn’t seem to really matter how much intelligence that you possess. If you can’t pass that test, which more so means if you don’t have the funds to educate yourself on how to “beat” the test, the SAT/ACT/GRE won’t be your most impressive category when applying to college.

So the question then becomes, why is it like this? And how do I know this?

Who remembers when the cost of the SAT was under $15? A SAT history timeline created by Erik Jacobsen of erikthered.com shows that from 1946 until about 1990 $15 was the average cost and it was sensible to take the SAT in order to heighten your chances of getting into college. A low fee to have a true shot at financial success? It was almost a no-brainer.

However over the last two decades, with the addition of more standardized tests, like the GRE (introduced in 1947) and the ACT (introduced in 1959), the average cost is more like $40-60 for the SAT and ACT and $205 for the GRE.

But then we must move on to preparing for these tests. Because that costs money too. Tutoring, prep courses and books, practice tests can range from $75 to well over $1000. And depending on how eager (and “money-equipped”) parents are to give their child (or themselves) a “no fail” shot, there’s plenty of people who will spend $3000 or more.

Oh, and if you’re indecisive or move around a lot, you may want to pick a testing date and location you can stick with. Because changing any of those costs too.

There’s differing statistics and articles on whether test prep courses and tutors are beneficial but with the varying (and a lot of times, confusing) ways all of these avenues claim to give students techniques that gives them success on the test, it seems like the root of it all comes down to one thing—the profit.

Now in 1926, when the SAT was originally introduced and administered, prices were high. It cost about $10 (which equates to about $170 today) and was taken by less than 1% of high school grads. However, through many adjustments throughout its history the inflation decreased dramatically, and from 1946-1990 the costs stayed about the same.

So you may be wondering what changed? Why are the prices rising?

Well, during that same period big companies like Kaplan and Educational Testing Service (ETS) were beginning to arise and offer assistance to achieve impressive scores by providing class and prep materials for test-takers. And then in 1986 when just nine students out of 1 million test-takers scored a perfect 1600, everything changed. Companies now realized there was a new price tag that could be added to the whole package.

The price of hope.

Yes, these companies are clever. The test is not something students can cram for or guess on, it wasn’t designed for that. This is a test students must study and adapt to. And buying supplements to assist in their pursuit for higher education (i.e. those test prep materials) helps! Taking the test multiple times helps! It was proven in 1979 when the U.S. Federal Trade Commission concluded a false advertising investigation on Kaplan, ETS and other test-prep companies. The report suggested that coaching can improve SAT scores on average by 50 points. In a re-analysis of the FTC data, ETS suggested that “the result could be due in whole or part to the increased motivation and desire of students who choose to be coached, compared to those who do not.”

But what if you can’t afford any of it?

According to ETS the purpose of taking these standardized tests is to measure whether the student will be successful in their college career. Because students could be cheating through school their entire lives so the test is there to accurately measure what they know, right?

Let’s try digging beneath that surface.

If we know, and ETS has said, that preparing for these higher education standardized testing should include persistent study rhythms, courses and materials, what happens when a student just can’t shell out enough cash to keep up? Do they get left out in the cold?

Well, yes unfortunately. What I think this is really saying is, “If you can’t afford to buy the prep materials to pass the test, you’re too poor to contribute to this prestigious institution. You don’t have enough ‘hope’ for your future.”

It’s a clever way to weed out those that don’t qualify without being detected. Of course all universities need money to stay running but many of them have lost sight of the “big picture” which is to educate. Not profit. But, after that glimmer of hope in 1986, companies saw a money-maker in progress.

Ivy League schools began requiring these tests in order to be an eligible applicant. They then handpick a small number of students out of hundreds of thousands of annual applications and felt those students were the right fit for the school. Without, seeing the applicants’ faces they made an educated decision to take a chance. And they were confident enough in their choices to not see their face. Why? Because they know with those impressive scores likely comes a team of “money-equipped” supporters for the student’s educational potential.

And what specific group usually comes to mind when one thinks of “money-equipped”? (I won’t answer that for you, but I’d think back to those three questions I asked initially)

Do you see where I’m going with this?

Their gamble isn’t with your potential but your money. So I don’t believe this is race issue as it’s more of a class issue. But, as we know, race and class still go hand-in-hand.

It’s unfortunate that many researchers are calling higher education a “high-status opportunity” when it really should be something everyone should have an equal chance at attaining. The test makers have done a well job of forcing us to believe that this test defines your future. And we don’t even sit back to ponder the reason.

If you’ve never thought about it, your children endure over 100 standardized tests throughout their K-12 career. Sure they’ve gotten some bad scores, but thank heavens they weren’t kicked out of school for it! When your children struggled in school the best decision you made was to enroll them in tutoring. And most of the time it’s free or a minimal, reasonable cost.

So why should it be any different for higher education? 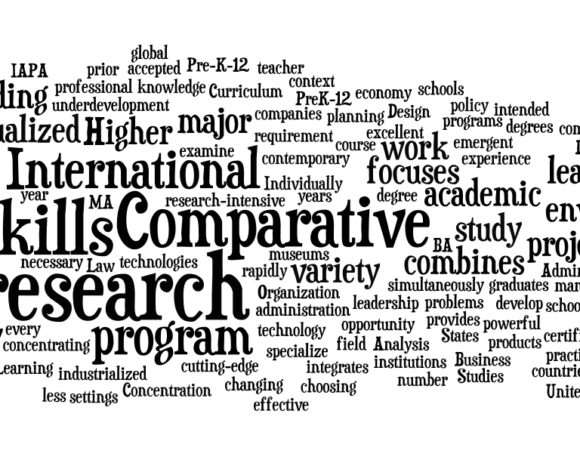 To Grad School or not to Grad school? That is the Question. 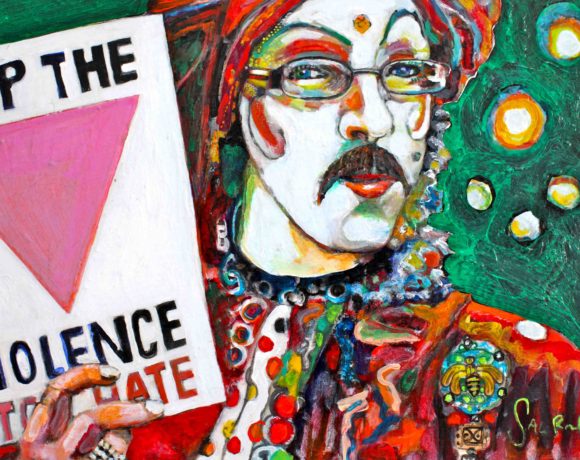